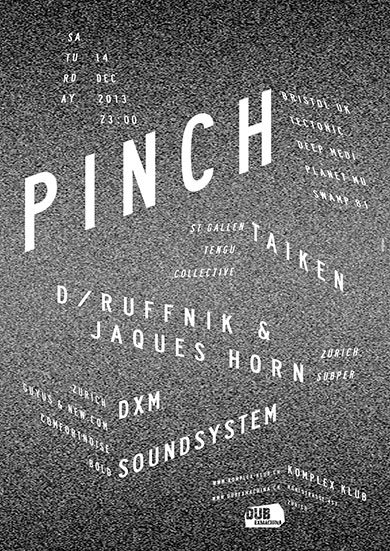 “Looking back on the myriad of ways that the genre now known quite loosely as ‘bass music’ has mutated, one of the key figures in its evolution would have to be Bristol’s Rob Ellis, better known as Pinch. His fascination with what the outer limits of the dub sound can achieve, has made him a distinct figure within the fluid group of like-minded dubstep musicians that defined the so-called Bristol sound.”